We have COLOR in the church nursery!!!

We used the Sherwin Williams Georgian Bay color on the bottom of the walls, all the way around the room. I measured it off and put Frog Tape around the room so the top edge would be perfect, and also would leave a white stripe under the frog tape. 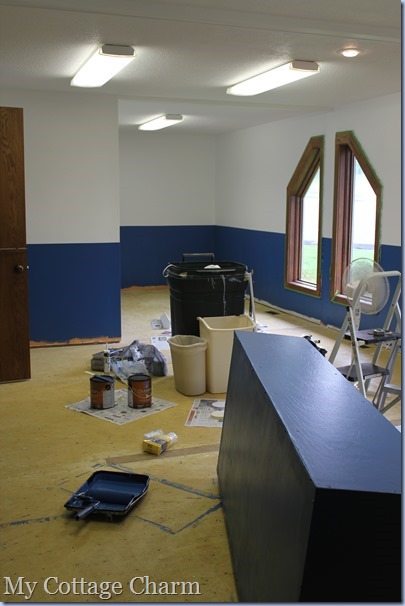 I then went around the room and measure up five inches and put another strip of Frog Tape. (I used a level when I was measuring to make sure it was straight)  We painted in between the two pieces of frog tape with the Sherwin Williams Lime Ricky paint. 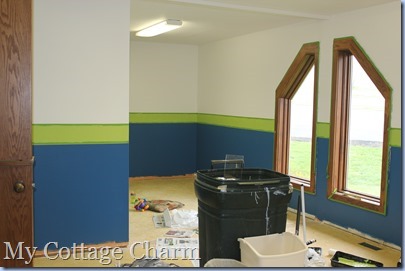 After we put a couple of coats of the green paint on, we started pulling off the Frog Tape.  You really want to pull the tape off while the paint is wet so it doesn’t pull off any paint.  Here’s a picture of the white stripe it left between the green and the blue paint when we pulled off the tape. :0) 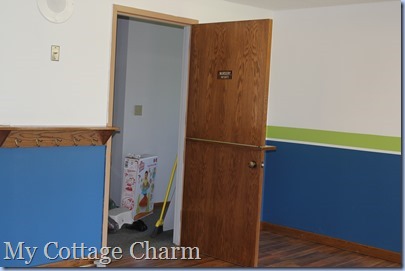 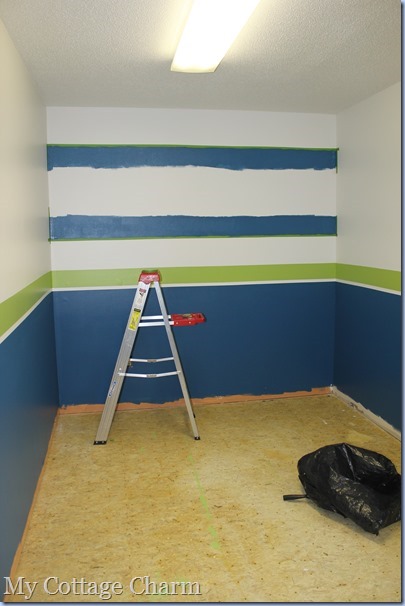 When the blue paint dried, I taped off a few inches in from the top and the bottom and painted the green stripe.  Isn’t that a cute wall!! :0)
OHHHH…and check out that new floor!!  SO much better than that carpet! 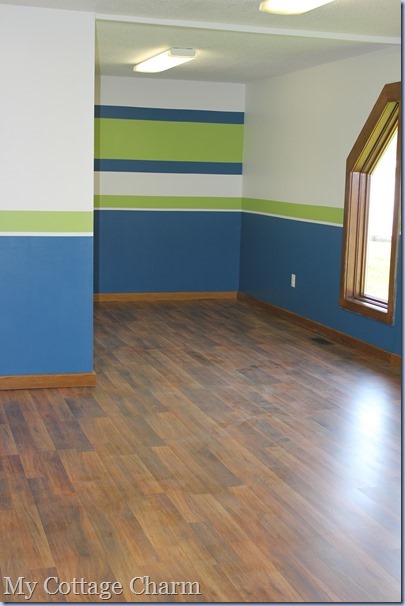 Ok….in this picture I’m taping off a large square, but you’ll have to wait until next post to see what it’s for. :0) 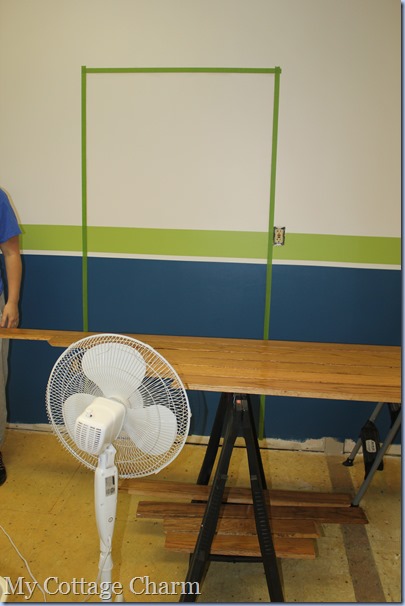 Come back for the next post to see what’s going to go in the big square! Any guesses?

Technorati Tags: how to decorate a nursery,safari nursery decor,nursery decorating ideas,sherwin williams
Posted by My Cottage Charm at 4:00 AM

Email ThisBlogThis!Share to TwitterShare to FacebookShare to Pinterest
Labels: church nursery decor, crafts, decorating, DIY, how to, How to build, make-over, remodel

Kids and the helpers are going to love it! Looks bright and cheerful.♥♫

COOL!!! I can't wait to see! And yes the floors are a million times better. I can't even conceive of why anyone would have carpet in a room with a bunch of little kids... Now any spills can just be wiped right up!