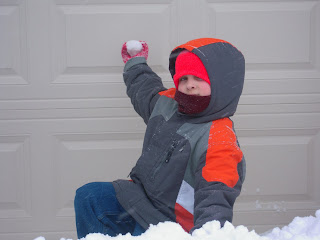 I live in KY and remember getting snow when I was little. I remember one year we had so much snow we didn't go to school for close to a month! We had snow that was measured in feet, not inches. :) It seems like we get left out of a lot of the snow anymore..........it either goes to Indiana and Ohio or Tennessee and Virginia. It's like we've been under a bubble and everyone gets snow but us........until THIS year! We've had snow, snow and MORE snow! It's been beautiful, fun and especially exciting for my 8 year old, Carson. We've had a blast! We had 7" of snow in about 2 days last week, we had snowball fights, built forts, drank hot cocoa and ate snowcream. Do you know what snowcream is?? Could it be there are people out there that's never had snow cream? Well if you have no idea what I'm talkin' about it's snow, sugar, vanilla (or any other flavoring you like) and cream all mixed up like ice cream......boy is it yummy! It's such a treat because you can only eat it when it snows. We've been waiting a while for our bowl of snowcream and it sure was good! It's so nice to be able to share things with our kids that we did when we were little isn't it? What are some things you did when you were little that you do with your kids now? 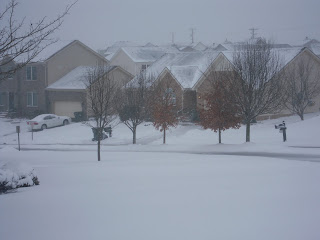 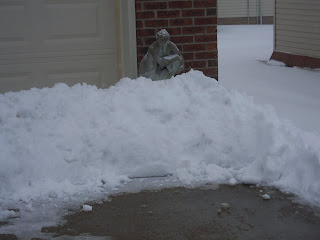 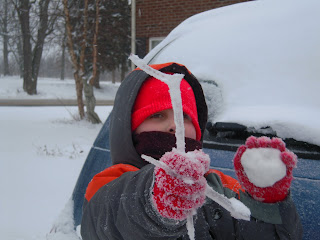 Join in on the MckLinky blog Hop!

Posted by My Cottage Charm at 7:55 AM

I'm just stopping by on the blog hop. I really enjoyed your post and your great photos.

I've never tried snowcream before, but it sounds fantastic. I'll definitely give it a try next time it snows here...

Howdy from the blog hop! Got tons of snow here in Northern Va this year! Great pics on your site, kids just love the snow!!

Hi, I enjoyed your post and pics. I'm glad you told what snowcream is, I was curious. We don't get much snow in southeastern GA. Have a great day! Kathy