We've had an interesting few days, to say the least!
Bear with me as you read this long and sometimes boring post
to see how amazing our God really is!
(just stick with me till the end..K?)
:)

On Sunday while we were sitting down to dinner,
we noticed our lights
kept flickering and the flicker was accompanied
by an odd buzzing sound.

Hmmmm....what on earth could that be!

We walked over to the electrical panel, trying to see if something
was trying to overload a breaker, but the buzzing wasn't coming from there.

We kept walking around the house trying to figure out what the deal was, when I finally put my ear against the
window to the side of the house.
Aha!
It was the heat pump unit outside making the noise. 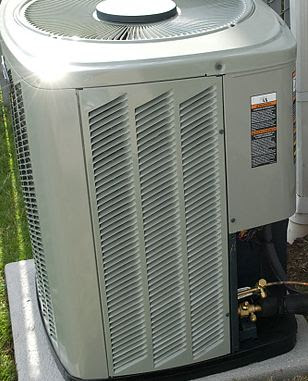 Oh great, we have heat issues, but wait, why isn't it cold inside?
(can you say emergency heat strip?)
Yikes!
Our heat pump was NOT working and we were running on the
emergency heat)

I ended up calling a local place here in town and they said, "oh that doesn't sound good, it can only be one of two things...a capacitor or a compressor. So they send a technician over and he was
here about 15 minutes and said, "you guys have a locked up compressor AND a blockage in your copper tubing. OK..great, more than I bargained for~! I asked him about replacing the compressor and he said he didn't think it was a good idea because
if the tubing was blocked it would just tear up the new $1,900 compressor!

It got worse!
Since they didn't think it would be wise
to replace the compressor, they said we would have to replace the whole unit...
the outside one AND the inside one!
Why both?
The government's enacted
all these goofy new rules about what kinds of
heat pumps you can put in your home now, and
apparently mine will be obsolete, so we can't just
replace the outside heat pump.
It's 7 years old...how obsolete can it be?!

Anyway, I asked the guy how much
THAT was going to cost us....

Are you sitting down??

He left and I cried.
(and cried and cried...
then posted on facebook and twitter and cried some more!)
I mean seriously, who has thousands of
dollars just laying around the house?
Not me!
We were going to have to take out a loan!
UGH!

I finally quit crying and started praying!
(then had my church, fb and twitter friends praying..
thank you Rhoda, Layla, Beth, Deborah,
Diedre, Elisha, Dawn and of course mom...
bless your hearts, you're good friends!)
Why do we do that...get all upset and THEN pray?
Human nature I guess...
I suppose I still have some growing to do.

Anyway, to make this already long post a little longer..
I was sitting at my desk and got a phone call,
from a friend I haven't talked to in 20 years!
He said his sister (thank you Ann!) saw what I had written on fb
and called him.

He said he could send a guy over to look at it
for me.  He told me the guys name and
I just about fell out of my chair......
it was the same guy I had tried to find
to begin with because he had fixed our system before
and I had lost his number.

He came over in about 2 hours
(that, in itself is a miracle...how long do you usually have to wait for a tech?! lol)
He walked outside..and without even
removing the cover off the system,
said, "there's your problem right there".
He was pointing to a wire inside the unit that had
rubbed up against another wire and shorted out.
He was able to fix the unit
in 15 minutes AND
it only cost me $59.00!
A simple little wire people!

How good is God?!

Oh, and I called the other place this morning
and, without being mean, got the charges for the first
call removed.

James 1:17
Every good and perfect gift is from
above, coming down from the Father..... 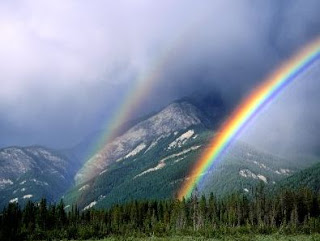 What has God done in your life lately?
I'm just blown away by HIS goodness!

Posted by My Cottage Charm at 9:08 AM

Email ThisBlogThis!Share to TwitterShare to FacebookShare to Pinterest
Labels: Inspirational

Oh Missy...what a fantastic story and miracle ending! I wondered why I had not heard from you in a while. I guess I need to Facebook you! It also just goes to show you how dishonest some companies can be and try to take you! I am glad you are toasty warm on this snowy, wintery day in January! God is good!~Warm Hugs, Patti

OH, Missy! This IS wonderful! Prayers were answered! Keep that repairman's number!! XO

So happy things worked out for you! The second winter we were in The Fairfield House we had to replace the oil furnace and hot water heater in the dead of winter. Old houses are drafty WITH heat. It was unbearable without. It ended up being a very unavoidable expense.

But what a wonderful story witnessing how God works. Our God is an awesome God!

Missy,thanks for sharing your praise! We all need to share with each other God's goodness. He is truly all we need. And believe me, I'm still learning that too. I have so many doubts &fears, but He will come through every single time when we trust HIM to take care of us. I'm preaching to the choir here! xoxo

Good morning Missy!
It is so good to see your miracle happened!!!
Why is it people just say throw it away and get a new one instead of finding out what the real problem is?
Thank you for story and it is good to see there are some people in the world that really help you instead of break you.

Oh.my.gosh!!! I'm so glad things worked out BUT, it infuriates me the way you almost got ripped off! Years ago, my Ex MIL had a rattle in her new car so she took it to the dealership. They told her she needed an entire new engine! My Ex husband took it to a guy who had a small local repair shop and it was a loose screw. He just tightened it and voila, problem solved!

Well, I am really glad you didn't have to waste all the money on such a simple fix and I hope you spread the good word about this guy and send him lots of work!!!

Wow, what an up and down day you had! Well, I guess it was up then down then back up again :)

Glad it all worked out! I, too, wonder why asking God for help is never our first thought!

Oh Missy we do serve a good and awesome God!!

How amazing! I'm so glad it worked out in your favor in the end!

Amazing! I have prayed for a turtle to be crossing the road so I could "kidnap" it for a few days to teach a lesson with at school. God heard my request and He knew I was not going to go hunting out on the prairie (with rattlesnakes) to find one and delivered it to me!! God is good. ♥♫

A great story and a great lesson! First there is prayer and then there is a second opinion!!

Hey Girl!! I got your sweet card!! Thanks for caring!! My computer just up and died on me, and I just got a new one. Glad you all are warm and toasty!!! Rhonda

Glad to be part of His plan in blessing you and so glad you have heat again!

What a great story! I'm a new follower, btw!

God is good...all the time! We are experiencing something similiar right now! What we thought was going to cost over $700 -- is now going to be around $100. God does answer our prayers and knows all our needs. Love your blog. (a fellow blogger)

Hey Ms. Melissa,
I just read this and boy-O-boy I needed to share with you guys. I fill you pain badly. I moved into a mobile home that was completely new off the market and everything was new. This was ten years ago. I since have got an aka broken area on it and the ‘heating and air’ company wanted $300.00 to fix it or Freon leeks out. Then this past spring they wanted to AKA replaced the whole unit for only $2,500?!? Are they kidding me! Please just add Freon every spring and leave it alone. I feel your pain Melissa.
The sdaga of my story is don't trust the companys they want their money only!
I am so glad that a 'Real Friend ' came over and fixed yours for pennies! I wonder if he does house calls in Georgia;)
Mel